Rabbi Yosef Carlebach became the spiritual leader of Congregation Sons of Israel – Chabad in the early 1980s after moving to the Jersey Shore area. Although the Shul was incorporated in 1904 in Asbury Park, it quickly became apparent that a move was necessary as the Jewish community was dwindling, and it became increasingly dangerous and unsustainable to remain in Asbury Park.

Luckily, Rabbi Carlebach was able to procure a space in the Hillel Yeshiva building in Ocean Township for services, classes, and a Hebrew School. This was a temporary solution as the congregation needed a home to call their own.

Mr. Marvin Goldstein A”H, along with a group of shul members accompanied Rabbi Carlebach to the Rebbe to obtain his blessing for what may have seemed like a wildly ambitious dream. The Rebbe gave his blessing along with three single dollar bills and instructed Marvin to place them in the Pushka (charity box) that will be affixed to the wall of the Shul building.

Many long years and uphill battles ensued, but with the help of the Schottenfelds, the Feingolds, Felix Amar, Ms. Ruth Hyman, Morris Franco, and local politicians including Ocean Township’s Mayor Bill Larkin – the mission of a new Shul materialized. Today, our magnificent 15,000 square foot center serves as a home to Jews in the Monmouth County area.

Pictured: Rabbi Carlebach and Marvin Goldstein receiving blessing and dollars from the Rebbe. 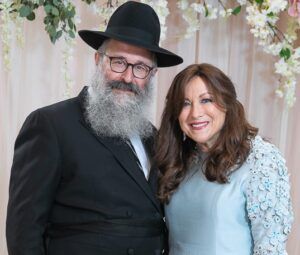 Education: Received education at the Rabbinical College of Canada, Montreal, followed by intensive study at Rabbinical College of America in Morristown, NJ. Received Bachelor of Religious Education Degree, September 1974. In 1975 was among group of ten students sent by the Lubavitcher Rebbe to Yeshiva Torat Emes, Jerusalem. During their 2-year stay, they established youth groups, summer day camp and numerous other educational projects including special programs for foreign students at Hebrew University. Ordained as a Rabbi at Central Lubavitch Yeshiva, Brooklyn, New York, September 1978.

Develop, direct and organize youth activities and educational programs at Rutgers University and in over 100 communities throughout the state of New Jersey. The Chabad House is proud to serve as the largest Chabad House in the U.S.A. and the largest Jewish Center on any public university campus. In addition, responsible for foundation and operation of 8 additional community youth and outreach centers in Ocean, Manalapan, Edison, East Brunswick, South Brunswick, Elberon and Monroe Twp.

After being sent as an emissary of the Rebbe to Rutgers University in 1978, Rivky has been an equal partner to Rabbi Yosef carlebach in founding Chabad of Central NJ and of its affiliates. She also does personal counseling and mentors countless women from all walks of life. Rabbi and Rebbetzen Carlebach are the proud parents and grandparents of 13 children, and many many more grandchildren. 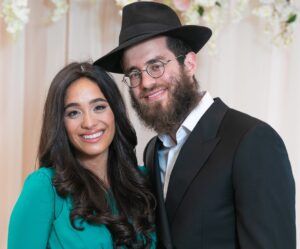 Rabbi Moshe Carlebach was born and raised right here in Ocean Township, and grew up in an environment committed to benefiting society and spreading the light of Judaism to his community. After years of international study, including Canada and Israel, Moshe spent a year in Baltimore doing outreach work in the local community and running educational programs in the Yeshiva. Moshe received his Semicha – rabbinic ordination from the illustrious Machon Le’horah in Pretoria South Africa.

Growing up in Brooklyn to a prominent Chabad family, Chaiky brings her incredible warmth and talents, and is instrumental in the growing and cultivating of the community. Chaiky has spent time doing community outreach globally in places including Portland Maine, Vancouver Canada, Jerusalem Israel, Burbank California, and was the program director for Friendship Circle of Atlanta Georgia, a program geared to helping special needs children and their families. In addition, she has taught Judaic studies in a Montessori school, giving her the skills and experience to launch our Hebrew School. Chaiky also started The Jewish Women’s Circle, and co directs all programs with her husband Moshe.